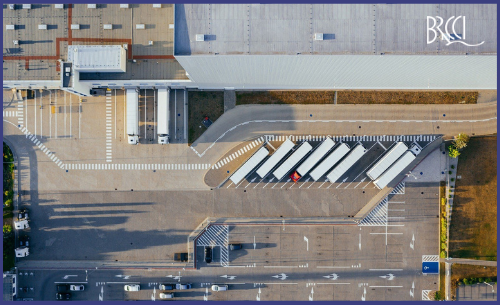 The Industrial Parks Act (the ’Act’) was promulgated on March 12, 2021 in vol. 21 of the State Gazette, which establishes a regulation regarding the status of industrial parks and the conditions for their creation, construction, operation and development. Among the goals of the new normative act is to improve the economic efficiency of the enterprises, to attract and stimulate investments in high-tech productions and to provide support by the state for the establishment of industrial parks.

In the following summary some of the more important features of the new normative act will be briefly presented, as the summary was prepared by Dobrina Pavlova and Viktor Gerdjikov.

2. Owner of an industrial park

3. Operator of the industrial park

The Act regulates the status of three other categories of entities, which are assigned a role in the activities of industrial parks:
• The investor is a trader, who carries out production activities in the park on the basis of a business contract concluded with the operator;
• The partner is a person, who supports the functioning and development of the industrial park under a contract with the operator. Owners of units of technical infrastructure other than the internal technical infrastructure owned by the owner of the industrial park are not partners;
• Users are investors and partners, who operate in the park.

The implementation of the state policy for the industrial parks is assigned to the Council of Ministers, the Minister of Economy and the local self-government bodies.
Proposed by the Minister of Economy, the Council of Ministers will be able to adopt programs and decisions to stimulate the establishment and / or functioning and / or development of industrial parks.

The Minister of Economy will implement the measures assigned to him by the Council of Ministers to stimulate industrial parks and will provide information on the possibilities for the establishment of parks.

The local self-government which consists of the municipal councils is assigned to adopt measures for stimulation of the industrial parks on the territory of the respective municipality.

These measures may take the form of:
• the definition of preferential amounts of local fees for technical and administrative services related to the activities carried out on the territory of the industrial park;
• exemption of owners and investors from local fees, when the fees refer to the sites of the internal technical infrastructure and to the public service sites on the territory of the industrial parks.

The owners of industrial parks will be able to use a simplified regime of administrative services during the construction and development of the park. In addition, owners and investors are provided with the opportunity to receive support under the terms and conditions of the Investment Promotion Act, as well as through national programs and the European Structural and Investment Funds.

III. ESTABLISHMENT, CONSTRUCTION, FUNCTIONING AND DEVELOPMENT OF AN INDUSTRIAL PAR

Proposal and decision for establishment

The method of establishment depends on the ownership of the industrial park:

state and joint industrial parks with state and municipal participation are established by a Decision of the Council of Ministers after a proposal of the Minister of Economy;

private industrial parks are established in accordance with the constitutive act of the respective legal entity or association.

Among the documents that must be attached to the proposal for the establishment of the park are:

concept for the industrial park, which defines long-term perspectives and goals for the development of the park;

regulations for the overall organization of the park, which regulate which activities are allowed on the territory of the park, what are the rights and obligations of the operator and consumers, as well as other important issues regarding the construction and operation of the park;

business plan of the operator, which should at least contain analyzes of the environment, the market and the competitors, as well as operational, financial and marketing plan, management plan and information about the sources of financing of the park;

It should be kept in mind that the Act provides a number of requirements that industrial parks must meet.

Restrictions have been set regarding the minimum area of ​​industrial parks. As a general rule, the industrial park should have an area of ​​at least 300 decares. Exceptions are allowed for parks specializing in high-tech activities within the meaning of the Investment Promotion Act.

With the decision for the establishment of an industrial park the name, type and area of ​​the park are defined, the concept and regulations for the overall organization of the industrial park are approved, consent for the conclusion of the contract for operation is given, etc. The presence of a decision that meets the minimum legal requirements is a mandatory condition for the entry of the park in the electronic register.

Once the decision to establish the park has been made, an exploration contract should be concluded between the owner and the operator. Such a contract is not necessary when the owner of the park will perform the functions of an operator as well.

As far as the construction of the industrial park presupposes the issuance and entry into force of a number of administrative acts, the Act provides a simplified procedure for the issuance of these acts, as all administrative bodies, persons performing public functions and organizations providing public services have an obligation to provide the conduct of the respective procedure entirely electronically by electronic means.

The Act contains explicit instructions regarding the range of eligible activities for operation and use of the industrial park. The production activity and the activities carried out by the partners should be in compliance with the conditions and the order, provided in the regulations for the overall organization in the industrial park.

*This text does not constitute a legal advice and should not be taken into account in resolving legal disputes, but only to inform readers.

The team of Georgiev, Todorov & Co. Law Offices remains available for assistance and additional information related to the implementation of the Industrial Parks Act.

Don't miss the important information about Bulgaria and Romania!
Sign up for news, event recommendations and useful information.

Thank you for your interest! Expect some useful information from us soon!

The companies with foreign capital in Romania for 2020