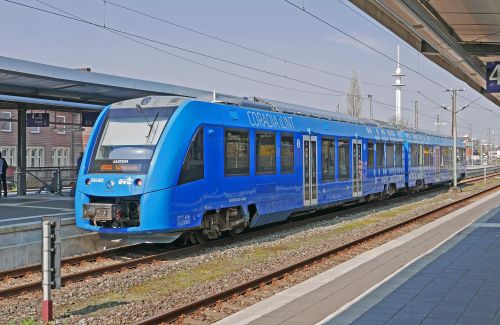 Romania’s Ministry of Transport approved the technical and economic specifications for a contract under which the Government would pay EUR 973 mln (not including the VAT) for 12 hydrogen-powered trains, with 160 seats each, Economica.net reported. The contract, handled through the Railway Reform Authority, would include, besides the trains, their maintenance “over a long-term period,” according to the document.

The financing of the investment project is made from non-reimbursable external funds, through the National Recovery and Resilience Program PNRR and from the state budget, through the budget of the Ministry of Transport and Infrastructure.

Replacing diesel trains with trains using hydrogen fuel cells reduces transport pollution by an equivalent of more than 18,348 tonnes of CO2 per year and 306 tonnes of NOx / year (estimates to cost EUR 600,000 per year at this moment), helping to achieve the targets set by European and national strategies to achieve the net-zero effect of pollution in 2050, state secretary Ionel Scriosteanu explained.

Don't miss the important information about Bulgaria and Romania!
Sign up for news, event recommendations and useful information.

Thank you for your interest! Expect some useful information from us soon!